Born August 10, 1938 in Hudson, she was the daughter of Charles and Marjorie (Lansing) Miller. She was a stenographer for the New York State Attorney General’s Office. She enjoyed bowling, golf and searching for treasures at the Stormville Flea Market and with her metal detector. She was also an avid New York Yankees fan.

ALBANY—Alfred E. Blanchard, 83, of Elizaville passed away Friday, December 30, 2022 in Albany Medical Center, with his family by his side.

Born December 2, 1939 in Brooklyn, he was the son of Thomas J. Dort and Elizabeth (Antoine) Dort.

Mr. Blanchard was employed by Atlantic Asbestos Corp. (Red Hook paper mill) for 48 years until his retirement. He enjoyed his time outdoors, splitting wood and spending time with his family.

He is survived by: his three children, Mary (Jack) Lester of Clermont, Alan (Norma) Blanchard of Gallatin and Alfred (Dawn Evan) Blanchard of Livingston; three brothers, John Blanchard and Glenn and Alan Dort; three sisters, Sealy Blanchard and Elizabeth and Maryanne Dort; numerous grandchildren, great-grandchildren; nieces and nephews. In addition to his parents, he was predeceased by his wife, Mary (Bell) Blanchard, and brothers, Donald, Thomas and Frederick.

Visitation will be Tuesday, January 3, 2023 from 5 to 8 p.m. Funeral services are Wednesday, January 4, 10 a.m. All services will be from the Bates & Anderson-Redmond & Keeler Funeral Home. Interment will be in Viewmont Cemetery. 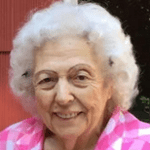 Born December 20, 1928 in Chiavari, Italy, she was the daughter of Antonio and Angela Cuneo.

She grew up in Chiavari, Italy, then emigrated to the United States. She then went back to Italy and met her husband Francesco, moved back to the United States and settled in Long Island. There, they raised their family, and moved to Clermont in 1989 upon retirement. In Clermont, they would spend the next 33 years enjoying their country home. Mrs. Queirolo worked in the Long Island School District 2 in the cafeteria. She was an accomplished seamstress and excellent cook. She loved to share her culinary delights with everyone. She was a devoted mother, grandmother, sister and friend. To say she was generous is an understatement, as there was never a charity or someone in need that she didn’t provide for. She loved gardening, and she and her husband had a farmstand in Clermont that everyone enjoyed. She made the best baked apples on the planet.

She leaves to cherish her memory: three sons, Robert (Paula), Albert (Donna) and Marco (Carol); eight grandchildren; seven great-grandchildren; her brother, Pete Cuneo; several nieces and nephews. She was predeceased by her husband, Francesco, and sisters, Rosa and Josephine.

A Mass of Christian Burial will be celebrated Thursday, January 5, 10 a.m. from Holy Trinity Church Resurrection Parish in Germantown. Interment will be in Nativity Church Cemetery in Linlithgo. There are no visitation hours. Arrangements are with the Bates & Anderson – Redmond & Keeler Funeral Home, 110 Green Street, Hudson. Visit www.batesanderson.com to leave condolences.

Born January 13, 1963 in Hudson, he was the son of William J. Yasinski Sr. and Anne (Veronezi) Yasinski.

“Bill” was the owner/operator of Seal-Rite Roofing, the family business, which he ran after his father passed away. He was an exceptional athlete and proud alumni of Ichabod Crane Central School. He was a devoted family man who loved taking his daughter, Erika, to New York Mets’ games. He was also a dedicated Minnesota Vikings fan, and loved golf, hunting, fishing and travel. He always had a positive outlook on everything, a kind way about him, and a bright smile that would light up any room. 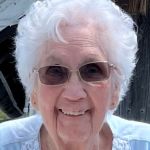 ALBANY—Mary E. Wambach passed away Saturday, December 31, 2022, after a short illness at St. Peter’s Hospital. She was born in Hudson, to parents Edith Pultz and Walter Quinion, November 1, 1934. She lived in her home in the Town of Austerlitz, that her husband, Lou Wambach, built. They enjoyed the beautiful scenery, beautiful flowers and the wildlife that would frequent the yard–especially the deer and blue birds. The couple thoroughly enjoyed hosting the family for backyard cookouts and campfires.

A native of Mellenville, she attended the Philmont Union School through the eighth grade, then went on to Hudson High School, where she graduated in 1953. She worked various jobs since she was 16 years old when her father, a railroad brakeman, was crushed and killed during an accident at the Lone Star Cement Plant.

She worked for more than four years at the YMCA in Hudson and then took on a part-time postal clerk position at the old Philmont Post Office. Due to the local factories operating at full tilt, some of her duties at that time included: “sacking parcel post,” making sure by 7:10 a.m. that the morning mail was hanging on the mailbag hooks for pickup at the Philmont Station by the train bound for New York City; shoveling coal into the post office furnace and shaking down the ashes.

The Philmont Post Office eventually moved to the Maple Avenue location. Mrs. Wambach continued to work for the Post Office in Germantown, Claverack and then Copake Falls. She was appointed officer-in-charge and then postmaster in Copake Falls, retiring in October 1992. She worked for the United States Postal Service for 32 years.

Interest in the post office was in her blood. As a child she listened to her “Grandpa Joe” tell about her great-grandfather John Tester, who in the days when the west was young, built small rural post offices in the Dakota Territory. Her great-grandfather Quinon raised horses for the pony express and the U.S. Army, during the first World War. Ancestors on her mother’s side of the family, the Michaels, were postmasters in the hamlet of Martindale, where a post office was established in 1887.

Later in life, she enjoyed her time with her husband when they wintered in Florida, where they sang, danced, spent time with friends and she made teddy bears. Over the years, she made a teddy bear for everyone in the family.

She was a proud member of the Mellenville Grange #1255 and the Hendrick Hudson Chapter of the Daughters of the American Revolution. She worshiped the Lord as a faithful communicant of St. Peter’s Presbyterian Church, Spencertown.

In lieu of flowers, donations may be made to St. Peter’s Presbyterian Church, Spencertown or the Spencertown Fire Company. For online condolences visit wenkfuneralhome.com