Patrol units were dispatched to the area immediately to assist. END_OF_DOCUMENT_TOKEN_TO_BE_REPLACED 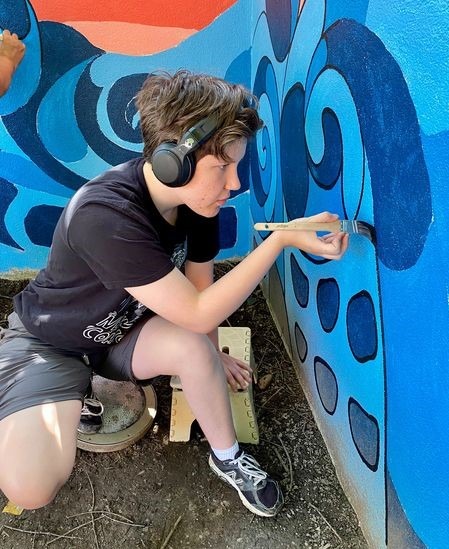 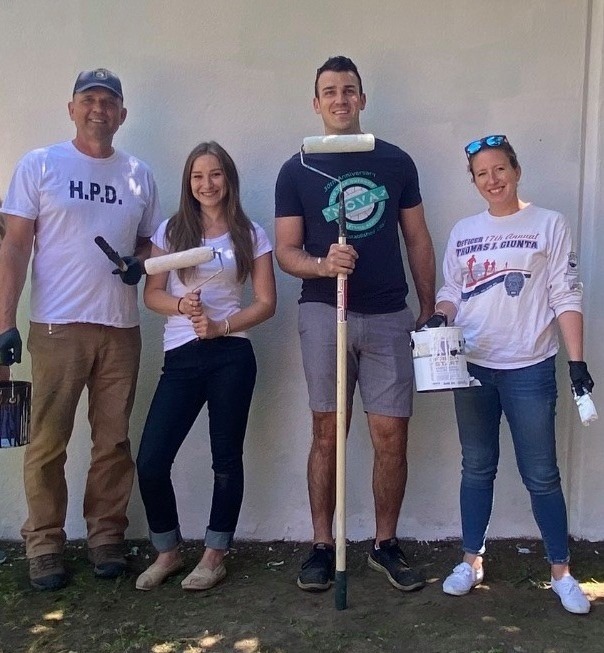 (Top) A new mural painted by Hudson High School Student Eli Carpenter was unveiled recently at the 300 block of Warren Street. The project is a collaboration between the Hudson City Police Department and Columbia County District Attorney’s Office.

HUDSON—The completion of a mural dedicated to the citizens of Hudson in the pocket park on the 300 block between Warren Street and Prison Alley, was recently announced by Columbia County District Attorney Paul Czajka and Hudson Police Chief L. Edward Moore.

Hudson High School student Eli Carpenter designed and painted the 30-foot-tall mural. The artwork, which features a whale, ship and sun, is a nod to the founders of Hudson and alludes to the bright future ahead for the city, according to a press release.

The project is a collaborative effort of the Columbia County District Attorney’s Office and Hudson Police Department to address a recent rise in graffiti incidents in the city. More than 40 incidents of graffiti were reported in the city in one night this year.

“Eli’s mural will deter future vandals, boost civic pride and give residents another reason to enjoy the park,” Chief Moore said in the release.

“The mural is a testament to this city’s artistic spirit. Our staff is proud to work alongside Eli to give back to the community we serve,” DA Czajka said in the release. One hurt when car meets guardrail. Columbia County 911 dispatched East Chatham firefighters and Chatham Rescue for what was initially reported as a two-car accident on the Berkshire Spur Section of the New York State Thruway on the westbound entrance ramp at Exit B-2, August 9 at 3:03 p.m. Canaan and Red Rock firefighters were also dispatched under automatic mutual aid. Units arriving determined the accident involved one car that was up against the guardrails. The on-ramp was closed during the incident. Chatham Rescue took one person to the Albany Medical Center. State Police from Troop T investigated. Firefighters were back in service at 3:42 p.m. Photo by R.E. Lindmark

Two threats yield no bombs. State Police investigated a bomb threat at the Berkshire Farm Center and Services for Youth, 13640 State Route 22, Canaan, August 9 at about 10:30 a.m. Pictured are State Police at the facility entrance. The Canaan Fire Company stood by near the scene. Canaan firefighters were dispatched at 12:12 p.m. and were released by the State Police at 1:40 p.m. Later in the day around 2:45 pm the State Police responded to another bomb threat at the Chatham Public Library, 11 Woodbridge Avenue in the Village of Chatham. Chatham Fire and Rescue were dispatched. No bombs were found in either case. Photo by R.E. Lindmark State Police and the Hudson Police, with the assistance of the Columbia County District Attorney’s Office, executed search warrants August 6, according to a press release. END_OF_DOCUMENT_TOKEN_TO_BE_REPLACED