AUSTERLITZ—Sheriff David P. Bartlett reports the arrest of Heidi Tranberg-Bennett, 47, and Steven Bennett, 58, both of Austerlitz, for the death of their 12-year-old daughter.

On December 3, 2019 at approximately 5:28 p.m., EMS and deputies responded to the Tranberg- Bennett residence for a 12-year-old in cardiac arrest. Steven Bennett and Heidi Tranberg-Bennett in County Court on November 2. They were charged in the death of their 12-year-old daughter. Photo by Lance Wheeler

Both Heidi Tranberg-Bennett and Steven Bennett appeared before Judge Richard Koweek on November 2, were arraigned on Manslaughter 2nd charges and released on their own recognizance. They did arrive to the Sheriff’s Office for processing after their court appearance and were released. The couple was ordered by the court to personally appear at Columbia County Probation on two set days a week for monitoring.

Sheriff Bartlett said, “I am grateful to all who spent countless hours working on this case, and to those who will continue to work hard until this matter is resolved. This was a true team effort by all persons and agencies involved.”

LIVINGSTON—New York State Police from the Livingston barracks continue to investigate the homicide of 43-year-old Jacqueline McCalop of Catskill. 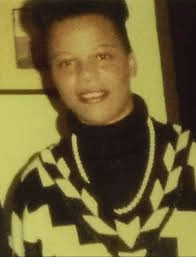 On September 30, 2000, the State Police responded to the shoreline of the Hudson River, south of the city of Hudson. Two duck hunters discovered a body on the east shoreline of the river in a secluded but accessible area at a boat launch off Hallenbeck Road in Greenport.

The victim, identified as Jacqueline McCalop, had died as a result of stab wounds to her torso.

An investigation revealed Ms. McCalop’s family had not seen her since September 14, 2000 and had reported her missing on September 24, 2000. END_OF_DOCUMENT_TOKEN_TO_BE_REPLACED

GREENPORT—A New York City woman was killed when she was struck by an Amtrak train, September 11.

Columbia County 911 dispatched the Hudson Fire Department, the Greenport Rescue Squad and the Hudson Police Department to the railroad tracks, north of the Hudson Amtrak Train Station for a report of a person struck by a train at 7:50 p.m. When officials subsequently determined that the incident was in the Town of Greenport, the Columbia County Sheriff’s Office began an investigation.

They found that a southbound Amtrak passenger train destined for New York City, struck and killed Anna M. Podgorbunski, 54, of New York City as she walked northbound on the train tracks. The incident occurred about a mile or mile and a half north of the Hudson station. END_OF_DOCUMENT_TOKEN_TO_BE_REPLACED