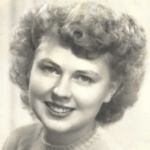 ANCRAMDALE—Constance Marie (Anderson) Valden, 89, of Ancramdale died at home Tuesday, October 12, 2021. She was where she wanted to be.

Born at home August 8, 1932 in the Village of Brewster, Putnam County, she was the fourth of five children born to Charles Oscar and Elizabeth (Hollick) Anderson.

Her father worked for the railroad and her mother was a homemaker. END_OF_DOCUMENT_TOKEN_TO_BE_REPLACED

“Ginny,” as she was known, was born July 8, 1939 to loving parents LeRoy and Helen (Mawhinney) Van Vliet in Brooklyn. Her family officially moved from Bay Ridge Brooklyn to Ghent in 1953, after spending summers there at her grandmother’s for many years. She graduated from Chatham High School in 1957.

She married her husband and best friend of 50 plus years, Paul Gerber September 12, 1959. Together they built a home in Ghent that was full of love, laughter and four children. She regarded her faith very highly and attended church at Saint Luke’s in Chatham for many years. She had several jobs throughout her life, including as a lab tech in Albany and at the Berry Farm in Chatham. Her most adored job, though, was being a mother. END_OF_DOCUMENT_TOKEN_TO_BE_REPLACED

Mr. Watson worked at the L&B Furniture Manufacturing Company in Greenport and attended Columbia-Greene Community College before entering in the U.S. Navy in 1970. He will be missed for an ever affectionate “I love you” to those whom he greeted in Hannaford’s and McDonald’s.

He is survived first and foremost by his cat, Ruggie who enjoyed his endless expertly-strummed guitar ballads. END_OF_DOCUMENT_TOKEN_TO_BE_REPLACED Born October 10, 1943 in Hudson, he was the son of Edward and Vivian (Myers) Rowe. A lifelong Columbia County resident, he graduated from Ockawamick High School in 1962. He continued his studies at SUNY Cobleskill, earning an associate degree in 1964.

Mr. Rowe worked for more than 40 years at the Columbia County Department of Health, serving as environmental health director for 20 of those years. END_OF_DOCUMENT_TOKEN_TO_BE_REPLACED

Mr. Johnson was a railroad maintenance worker for Conrail (Consolidated Rail Corporation) until his retirement.

He was predeceased by siblings, James Johnson, Jr., and Juanita Johnson. VALATIE—Alfred “Al” G. Walters, 72, of Valatie passed away September 20, 2021 after a long battle with cancer. He was surrounded by family and friends.

He was born in Brooklyn, September 14, 1949 to Alfred and Dorothy Walters. He worked as senior maintenance for 16 years at DPS in the East Greenbush School District. He enjoyed spending time with his family, especially his grandchildren. He was patriotic and a dedicated Republican. Mr. Walters shared a strong faith in God. END_OF_DOCUMENT_TOKEN_TO_BE_REPLACED