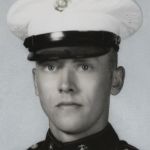 Born May 3, 1931 in Brooklyn, he was the son of Edythe and Ernest Lindmark.

He served in the United States Marines from 1951 to 1954 and was a sergeant for one year while serving in Korea. On April 14, 1956 he married Bernice Juhl. They were blessed with four children: Victoria Lindmark of Schenectady, Deborah (George) Crosby of Sharon Springs, Richard (Wendy) Lindmark of Canaan and Carl (Terisa) Lindmark of Selkirk; eight grandchildren and 12 great-grandchildren. He was predeceased by his sister, Marion Lind Anderson. END_OF_DOCUMENT_TOKEN_TO_BE_REPLACED

Born April 22, 1936, she was the daughter of the late Isosceles Santos Pascual and Leonara Robles (Figueroa).

CLAVERACK—Shawn M. Snyder, 61, of Claverack passed away Tuesday, September 27, 2022 at his residence. Born April 16, 1961 in Poughkeepsie, he was the son of Judith (Ryan) Snyder and M. Robert Snyder.

He was an avid chef, pet lover and golfer. He loved to cheer for the New York Mets and New York Rangers, and thoroughly loved cooking for his niece, Addison and nephew, Evan, “his toughest critics.”

He was a beloved son, brother, brother-in-law, uncle, nephew, cousin, and friend who will be dearly missed. He honorably served in the United States Air Force from 1982-1986.

HUDSON—Jeffrey Lewis, age 77, died at Columbia Memorial Health, September 12, 2022. He was attended to by caring doctors and nurses.

He was born in Brooklyn, April 18, 1945. His life as a city kid provided him with street smarts. Social justice and civil rights were important to him.

Mr. Lewis was a cabinetmaker with a shop, Heartwood Design, in Philmont. His shop was a gathering place for many. Later in life, he utilized his technology and problem-solving skills as a computer consultant. He enjoyed boating on the Hudson River, bird-watching, photography, cooking and music. He volunteered in the Hudson City School District. He and his wife, Adrianne, collaborated to run The Heshima Program that operated happily for many years. The children in the program are close friends to this day. END_OF_DOCUMENT_TOKEN_TO_BE_REPLACED 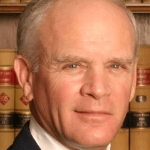 Keith spent the early years of his life on a family farm in Amenia in Dutchess County while his father was overseas in World War II.  When his father returned from the War, the family moved to Salem in Washington County where Keith graduated from Salem High School and was a standout athlete in football, basketball and baseball.  After High School, Keith attended Union University where he played football and was a distinguished Eliphalet Nott Scholar, earning his Bachelor of Arts degree in 1962.  He then enrolled in Albany Law School where he earned his Bachelor of Law degree in 1965.  While at Albany Law, Keith was a member of the Law Review, where he authored articles that would later be cited in decisions issued by the New York Court of Appeals, the state’s highest Court.

After graduation and his admission to the New York Bar, Keith moved to Chatham, New York where he entered into private practice with John Curran, forming the law firm of Curran & Flint.  The firm changed its name over the years with the addition of partners, later becoming Connor, Curran & Flint, and then Connor, Curran, Connor, Flint & Schram.  In 1981 he started his own private practice at 75 Main Street in the Village of Chatham, where he later practiced with his son Paul, until 2014.  Keith was widely known as an outstanding practitioner who was diligent in his work and committed both to his clients and to the integrity of the profession.  Those that knew him will forever remember his penchant for keeping a clean desk.   END_OF_DOCUMENT_TOKEN_TO_BE_REPLACED