NEW LEBANON –The New York State Education Department (SED) announced April 24 that Walter B. Howard Elementary School (WBH) was named a 2019-2020 Recognition School. Under the Every Student Succeeds Act (ESSA) plan, Recognition Schools are those with high academic achievement and strong progress, that also perform acceptably for all subgroups for which they are accountable. This year’s designees represent 13 percent of state public schools.

“It is such an honor to be recognized by the state for the work our staff does every day with our students. It is a testament to our entire staff who are dedicated to making Walter B. Howard a special place for our kids. It is humbling to see that dedication recognized and I couldn’t be prouder of our team,” WBH Principal Andrew Kourt said in a press release. END_OF_DOCUMENT_TOKEN_TO_BE_REPLACED 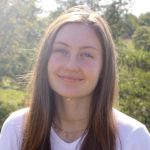 Amy Smith, the daughter of Denise and James Smith of Hudson, has been named Taconic Hills Class of 2020 valedictorian. Amy is president of the Senior Class, Foreign Language Club, and Art Club, along with leadership roles in Key Club and National Honor Society. Amy participated in the Bard College program for part of the school day and plans to attend Wesleyan University to study Environmental Science and Conservation. Amy is an accomplished artist, athlete and well-rounded student. Her hard work and dedication to her studies are continually recognized by her teachers and classmates. 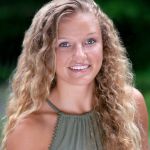 Delana Bonci, daughter of Jude and Eric Bonci of Claverack, has been named Taconic Hills Class of 2020 salutatorian. Delana will be attending Rensselaer Polytechnic Institute, majoring in Biomedical Engineering while also playing field hockey, indoor track and outdoor track. Delana was honored by the NYS Senate passed Resolution #2764 re: her personal and academic accomplishments, she received the Columbia County Youth Leader of the Year Award, the RIT Medal, the Rensselaer Medalist and the Recognition Awards from RPI, and is an AP Scholar. Delana holds the school record for most goal assists in field hockey. She was named 2019 Section IX MHAL League MVP, 2018 and 2019 Taconic Hills MVP, captain, and multi-year Scholar Athlete, First Team All-Star three years in a row, and All-State. She holds a school record for the 4x400m relay in track, while being named First Team All-Star. Delana was class president for many years, president of National Honor Society, Taconic Hills Chapter of Dollars for Scholars liaison, Homecoming Queen, and Student Council. Delana is a DEC Camp Colby volunteer, she mentored first graders, is a lifeguard and was a ski instructor for the past four years.

ALBANY — New York Education officials announced Friday, March 20, that 2020 elementary- and intermediate-level state assessments have been suspended for the remainder of this school year due to the coronavirus pandemic which forced schools throughout New York to close.

The state Education Department has applied for federal waivers for testing, accountability and reporting requirements.

“The school closures caused by novel coronavirus are unprecedented and so, we have to make unprecedented decisions for our students,” state Education Commissioner Shannon Tahoe said in a statement. “It is most important that during the time of closure, schools are able to continue to focus their efforts toward local school and community needs, as they have been doing, and not be concerned about state assessments.” END_OF_DOCUMENT_TOKEN_TO_BE_REPLACED

Reprinted with permission from The Times Union

HUDSON – The more Hudson girls’ basketball coach Brice Ivery called for a timeout in the second half Saturday night, February 22, the further his Bluehawks fell behind and the more confident a young contingent from Ichabod Crane became.

Although it wasn’t exactly a stellar offensive evening for the visitors, the Riders more than offset that by holding Hudson without a basket over the final 12 minutes. The Bluehawks only scored three points during that time as Ichabod Crane rallied for a 37-29 victory in Section II Class B first-round play. END_OF_DOCUMENT_TOKEN_TO_BE_REPLACED