COPAKE—The Town Board is considering adopting a local law that would allow board, committee and commission members to participate in meetings via videoconference “under extraordinary circumstances.”

The 2022-23 New York State budget bill included “an amendment to the Open Meetings Law (OML) to make permanent (until July 1, 2024) the expanded use of videoconferencing by public bodies to conduct open meetings, under extraordinary circumstances, regardless of a declaration of emergency,” according to a question and answer document on Chapter 56 of the Laws of 2022 prepared by the New York State Committee on Open Government (opengovernment.ny.gov/system/files/documents/2022/05/chapter-56-of-the-laws-of-2022-guidance-document-05-20-22.pdf.)

Copake Town Attorney Jonathan Tingley told the board that in-person board meetings must continue to be held and a quorum of board members must be physically present, but if one or two members cannot attend in person due to extraordinary circumstances, the local law would authorize them to do so remotely. The public can also attend any virtual public meeting. END_OF_DOCUMENT_TOKEN_TO_BE_REPLACED HUDSON—The Hudson City School District (HCSD) Board of Education hired Derek Reardon as principal of Hudson High School effective July 1. Mr. Reardon has been interim principal of the school since May 1, having taken over from Robert LaCasse.

Mr. Reardon’s HCSD career began in 1999 as a high school physical education teacher. He became associate principal of the High School in 2006 and principal of the Junior High in 2009. During this time, he also had a stint as the school district’s athletic director.

Mr. Reardon holds an MA from SUNY Albany in education administration and a BA in physical education from SUNY Brockport. Pride takes day in stride. On Saturday, June 4 the Hudson Pride Parade was back for its 13th annual celebration. It stepped off from the 7th Street Park at 2 p.m., marched down Warren Street and concluded at Front Street where the Brasskill Brass Band performed an impromptu recital. Grand marshals of the parade were Out Hudson Executive Director Osun Zotique (l) and Hudson Mayor Kamal Johnson. The theme this year was “Out of this World.” Photo by David Lee In the bucket of a city truck, Mayor’s Aide Michael Hoffmann attached the flag to the pole above the door at Hudson City Hall. Photo by David Lee

HUDSON – A rainbow flag was installed over the door of Hudson City Hall on Friday evening June 3, to acknowledge the commencement of Pride Weekend in Hudson and the newly proclaimed Pride month in the state.

Welcoming the gathering was Common Council President Tom DePietro who introduced Matthew McMorrow, deputy director of Constituency Affairs for Governor Kathy Hochul, who presented Mr. DiPietro with with a proclamation listing advances in the 53 years since the Stonewall riot in New York City and declaring June to be LGBTQ+ Pride Month.

Nathaniel Gray, executive director of the Pride Center of the Capital Region, encompassing nine counties, said “We’re 10% of everybody, nobody is trying to dupe you, we’ve always been here, and queer visibility saves lives.” END_OF_DOCUMENT_TOKEN_TO_BE_REPLACED

CHATHAM—Local groups have planned a gathering for Saturday, June 11 at 11 a.m. at the Village of Chatham gazebo. Organizers say it is a call to action and for a moment of silence to honor the dead and a rally to end gun violence.

The public is invited to participate by gathering at Main Street and Park Row.

The national observance is March For Our Lives, a youth-led movement dedicated to promoting civic engagement, education and direct action by youth to eliminate the epidemic of gun violence. END_OF_DOCUMENT_TOKEN_TO_BE_REPLACED 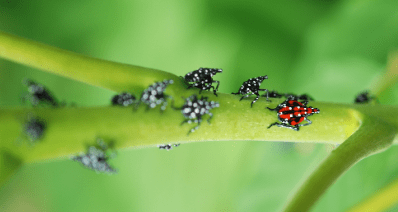 GHENT—Do you know what’s growing or crawling around in your backyard?

We are currently in the midst of the state’s ninth annual Invasive Species Awareness Week—so it’s a good time to find out.

The state Department of Environmental Conservation (DEC) offers a load of free public events and invasive species challenges throughout Invasive Species Awareness Week (ISAW) June 6 to 12 across the state and online, including daily webinars at 1 p.m. and 7 p.m. Monday through Friday. Governor Kathy Hochul has issued a proclamation designating ISAW to support the annual campaign to encourage New Yorkers to learn more and participate in the fight against the negative impacts of invasive species, according to a DEC press release.

Invasive species are plants, animals, insects and pathogens that are not native to an area and cause harm to the environment, agriculture, economy or public health. New York is particularly vulnerable to these pests due to its role as a center for international trade and travel, according to the release. END_OF_DOCUMENT_TOKEN_TO_BE_REPLACED