The annual Hillsdale Pumpkin Festival returned Saturday, October 8, with music, a bake sale, scavenger hunt, and a scarecrow contest organized around the theme of rock stars and sports legends. Sponsored by the Hillsdale Hamlet Committee, the 12th annual festival was held at Hillsdale’s Hamlet Park. Magician Jeff Kempton (r) performed an amazing card trick for Reagan and Riley Anderson of Copake Lake. For more photos of the events see Page 18 of this issue. Photo by David Lee At Hillsdale’s Pumpkin Festival the annual “Gathering of Scarecrows” competition, in which residents and businesses devise creative scarecrows, was on display. The theme for this year’s scarecrow contest is “Rockstars and Sports Legends.” Pictured, Toby Butterfield arranges the Elton John scarecrow. Photo by David Lee The “Cher Crow” scarecrow featured in the competition. Photo by David Lee On Saturday, October 8, Main Street in the Village of Chatham was closed to automobile traffic and people came out to partake of the food, beverages, music, crafts and hatchet-throwing of the annual OctoberFeast. Photo by David Lee Pictured is Zak Russell as he tends the pork smoker. He is the chef of Wunderburger, Inc. and has just opened The Gnome Bistro on 295 in East Chatham in the building that used to be The Cottage. Photo by David Lee 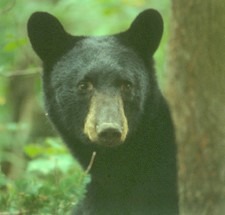 CLAVERACK—A black bear in search of a pre-hibernation meal killed a pet miniature donkey in its pen overnight, October 3.

The state Department of Environmental Conservation (DEC) reports being notified October 4 by the Columbia County Sheriff’s Office that a black bear attacked and killed a miniature donkey in its fenced-in enclosure the night before.

According to a report on NEWS10 ABC, the miniature donkey named Lucy lived with three other donkeys (one named Ricky) on Shasta Drive off Fish and Game Road. The donkeys belong to Laura-Ann Camissa, who told TV news reporter James De La Fuente that Lucy, the most diminutive of the group, died “a brutal, horrible death.”

Most fully-grown mini donkeys are 32 to 34 inches high and weigh 200 to 300 pounds, according to minidonkeyuniversity.com. END_OF_DOCUMENT_TOKEN_TO_BE_REPLACED

HUDSON—In addition to a proposed agreement on additional land for the planned expansion of restricted-income housing (See “Promised lots improve Bliss…” September 29), the September 19 meeting of the Hudson Housing Authority (HHA) Board had other issues on the agenda. The business meeting also chose its officers as well as discussing the presence of uninvited non-residents as well as updates on the elevators.

•The HHA Board of Commissioners selected its own officers for the year: incumbents Revonda Smith, chair; Ms. Cousin, vice-chair; Rebecca Wolff, treasurer; and Rebecca Borer, secretary. Ms. Smith is also a specialist for the Columbia County Board of Elections. Ms. Cousin is also Supervisor of Hudson’s First Ward (D). One commissioner, Anthony Bennett, lives in a HHA building. The longest serving member of the board is Ms. Wolff, who joined it in January 2020. The newest commissioner is Nick Zachos, who joined it in August, after months as interim executive director

•Mr. Bennett and an HHA resident reported that people who are neither HHA residents nor their guests have been occupying the HHA’s smoking area and parking places and drinking alcohol on its grounds. END_OF_DOCUMENT_TOKEN_TO_BE_REPLACED 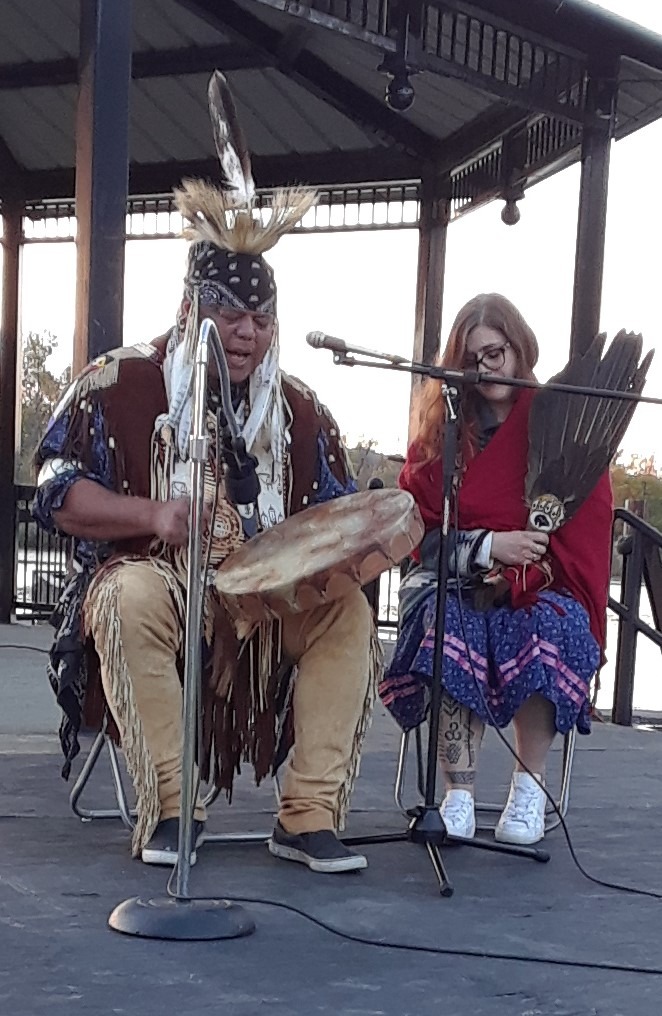 HUDSON—The story of people who lived on the American continent before European settlers came “is part of history,” and anyone who does not know this history is missing something, said Heather Bruegl. A historian, indigenous consultant and lecturer who lives in Hudson.

History, she said, “should not leave out anyone.” Adding the Indigenous peoples—also called Native Americans and American Indians—to basic American history “creates a more inclusive story.”

The City of Hudson has hired Ms. Bruegl to coordinate programming for Indigenous Peoples’ Day (observed October 10 this year, which is also Columbus Day) and Native American Heritage Month (November).

October 10 there was an event at the City of Hudson’s riverfront park. It consisted mainly of Shawn Stevens (Red Eagle), a multicultural musician, craftsman and spiritual guide in the Stockbridge-Munsee band of Mohicans, telling Mohican history. END_OF_DOCUMENT_TOKEN_TO_BE_REPLACED